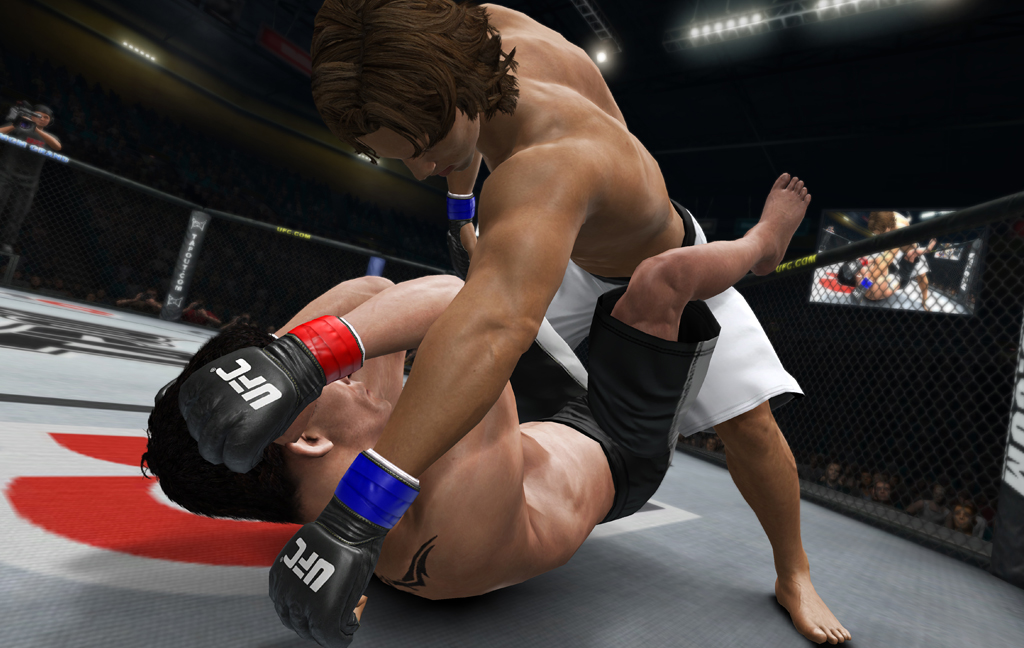 I have never been much of a fan of wrestling type games, they just try to be real and end up not being. I much prefer some mega being who you know is not real, who can leap into the air and fire laser beams from his fingers. Then one day last week a copy of UFC UNDISPUTED 3 By THQ dropped through my door. I removed the packaging, and my first thought was "not another wrestling game"! Having just reviewed WWE12 a while back and not being overly impressed, I had reservations about UFC UNDISPUTED 3. That was until I started playing it and realized there is more to this than meets the black eye.

I personally have never really been into UFC, so I know nothing of the sport. I didn't know what UFC meant until the other day (Ultimate Fighting Championship). I always thought it meant Ultimate Fight Club because it just looked to me like all out bareknuckle fighting. I didn't realize what a major sport this is, kind of makes boxing and wrestling look a bit limp really.

UFC is a very gladiatorial type of sport, two mean looking blokes( you don't want to spill their pints) whack ten bells of pooh out of each other inside a cage (oh the human race has become so civilized over the years) and it all ends when the other can't get up any more. The sport itself has a huge following, these fighters are major stars, and this is the feeling you get when playing this game. It is a very slick and well thought out, very dynamic in its presentation. I love the atmosphere as the crowd cheers you on, when you're battering ten bells out of your opponent.

The controls are easy to master with a large variety of different moves, including the grappling ability of which there are two settings, pro and amateur. This all makes for very fluid and immediate gameplay which is much more instinctive. I certainly enjoyed building my own character and developing him into a fighting superstar. You can go to the gym, learn new fighting skills and hone them, or join a training camp. Title, Defense, Ultimate Fight and Pride Mode are the main choices you have, along with good flexibility to move up and down the weight divisions. The Pride mode is much more hard-core, with all the dirty tricks that come with it like stomping on heads, and mind numbing endurance rounds (not for the faint hearted). 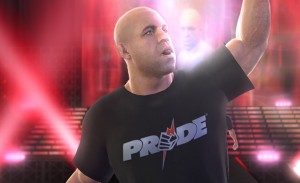 There is another great feature in this game called Submissions. Basically an octagon shape appears on the screen every time yourself or your opponent initiate a submission and you have to keep or avoid your opponents bar from covering yours. Let me tell you it isn't easy, but if you get it right it’s a real punch in the air moment.

I found so much to explore in UFC UNDISPUTED 3, character customization adding tattoos and clothing, even customize their entrance display and their victory characteristics.The accuracy of the models is way better than WWE 12. I found the movement and all round feel of the game very engrossing. One really feels part of the game as you fight and establish yourself in the UFC world. The commentary and music give the game that American Razzamatazz that we all expect, making this a very compulsive and entertaining experience.

It's amazing how extreme violence can be so entertaining providing you're not the one getting his head stomped on. But don't think for one moment that this is simply a punch constantly and win game because the AI learns your technique, and changes accordingly, so you have to think about what you are doing. With the easy control system it makes for a very challenging and entertaining game.

Ok I could bang on for the next ten pages boring you with the incredible depth of content in this game, but for me as person who normally would stay clear of this genre, I am glad that I had the chance to experience it. As a fighting game, it is the best one around at the moment and because of the ease of use it should be very appealing to gamers who would normally avoid this. 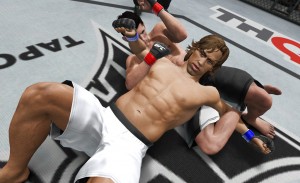 UFC UNDISPUTED 3 is one of those gems that come along every now and again, and opens up a whole new world of entertainment. OK it is very violent and because the characters look real I wouldn't advise young gamers to play it. Who would have thought you could gain so much pleasure from stomping on someone's head, or beating a guy endlessly until they are unconscious. I know, it sounds wrong but it sure brings out your primeval side of human nature and I can see the appeal of the real thing now. I just wouldn't get in a ring with any of these guys.

UFC UNDISPUTED 3 I give a 9 out of 10 because it's a great game and it changed my attitude towards the sport, but not towards extreme violence, so I assume that's a good thing right?