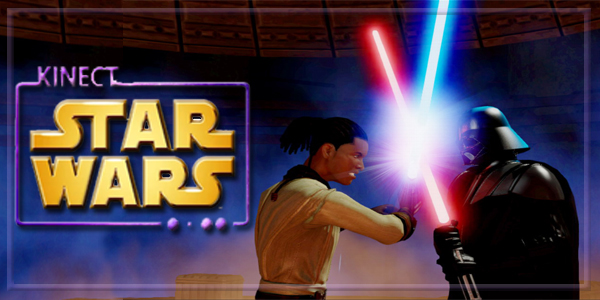 Here we go again, with another addition to the STAR WARS franchise, KINECT STAR WARS developed by TERMINAL REALITY and LUCASARTS. With all the months of hype surrounding this game we should be in for a mind blowing experience, right?. Well folks this couldn’t be farther from the truth. Unfortunately KINECT STAR WARS is a mish mash of badly thought out game play combined with glitch ridden interactivity.

Star Wars to me was a series of films in the 1970s that have been messed with and milked for years. It feels like GEORGE LUCAS is constantly re-releasing the films, either in 3D or with added CGI. Let’s face it George, the original films are not that great, and the later follow ups were, to be honest, rubbish. So it wasn’t surprising to hear that Lucasarts would be bringing out a Kinect Star Wars game. The real surprise was how bad it would be.

Real Star Wars fans are going to be disappointed with this game. They really should have thought it through better, I mean they even got YODA’s voice wrong! Come on now George! You could have gone to any Star Wars or science fiction convention and found a thousand people who could do a better Yoda voice than the actor in this game. 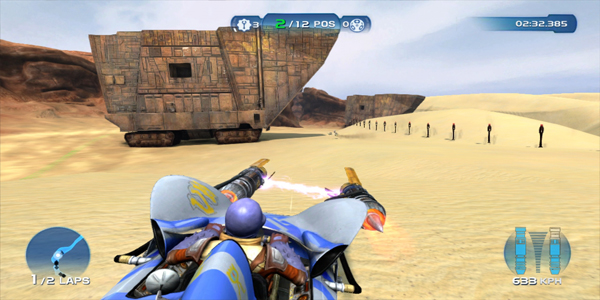 The game starts with a choice of modes like JEDI DESTINY, RANCOR RAMPAGE, PODRACING, GALACTIC DANCE OFF and DUELS OF FATE. Jedi Destiny is the main one, so this is what you will be playing most of the time.

You start as a young PADAWAN learning the skills to be a Jedi, with the badly voiced YODA instructing you.. This can be more frustrating than entertaining as the Kinect takes an age to recognize you and your actions. Then the game proceeds to swap the characters over at regular intervals during game play. As you progress, a small OBI-WAN appears to show you what to do, but annoyingly he sometimes appears in the middle of the screen. During gameplay, my character spent most of his time half out of the split screen, and moving around didn’t help. The actual movement lags a fair bit, so when asked to jump, your character actually jumps a split second (or longer) later which is very frustrating.

As for the actual lightsaber and force elements, these are pretty basic and very uninspiring I am afraid. You use your lightsaber with your right hand and the force is done with your left. Most of the movement is done on a rail system, but you do have the ability to rush at enemies. The fighting is repetitive and all you have is the same enemies (with different weapons) which you can easily kill with a few swipes of the old lightsaber. The game tends to take control of your character at regular intervals (usually when the fighting needs to be more intense) then returns you to the same old repetitive fighting sequence. Don’t bother trying to deflect beams, as the response is so slow, you are hit before your onscreen character responds.

The game does redeem itself somewhat with the vehicles, which are fun to drive (apart from aching arms). POD RACING is the best element of the game, even if the story is a bit silly. You have the option of a single race or play in story mode, again long periods with your arms held out in mid-air can take the fun out of it all. 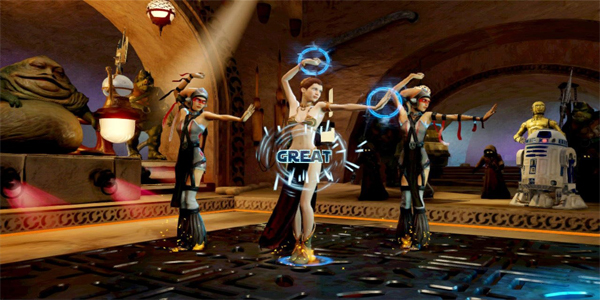 RANCOR RAMPAGE was a great hit with my friend’s two young boys as you get to be a RANCOR and stomp around smashing up thing. As for adults playing this mode, no thanks.

DUELS OF FATE is all about fighting a number of duels to eventually take on DARTH VADER. The problem was that the endless glitches and connection problems left me wanting to leave this section early.

GALACTIC DANCE OFF is probably the strangest and yet the most entertaining section of this game. As this is a family orientated experience, it wasn’t surprising that they would throw something like this in to fill it out. The songs are cringe worthy, rewritten versions of popular songs. You get to dance off against popular Star Wars characters. This is not meant for fans of Star Wars and besides, what’s with a bikini clad LEIA dancing in a game aimed at children?

This game does have a two player mode which can be fun (apart from the swapping of characters unexpectedly) and the Kinect recognition issues. 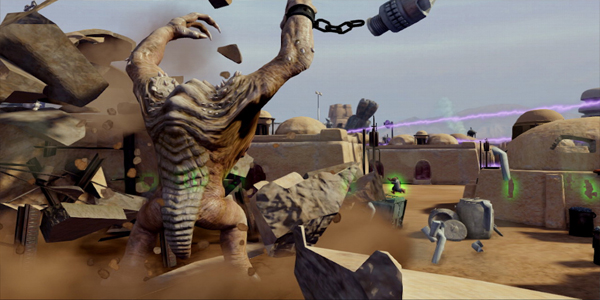 KINECT STAR WARS was not the experience I had hoped for I am afraid. OK fair play to the developers for having a go, and there are certain elements within the game that are entertaining. But stupid mistakes like getting Yoda’s voice wrong is not going to win them any brownie points, and the endless glitches and repetitive game play make for an overall mediocre experience. Again games like this do show the potential of the KINECT, but this is no way a flagship game for the motion controller. KINECT has so much potential, yet time and again games publishers release what can only be described as half-hearted attempts at utilizing the technology.

If you are a big Star Wars fan and you think that your long term fantasy of being a JEDI KNIGHT is about to come to life, then be prepared to be disappointed. This game is for kids, but even they become frustrated with the glitches and the lack of polish. 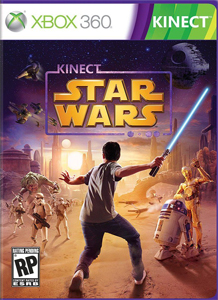 I give KINECT STAR WARS a rating of 5 out of 10 because the ideas are there, but they have been poorly implemented.