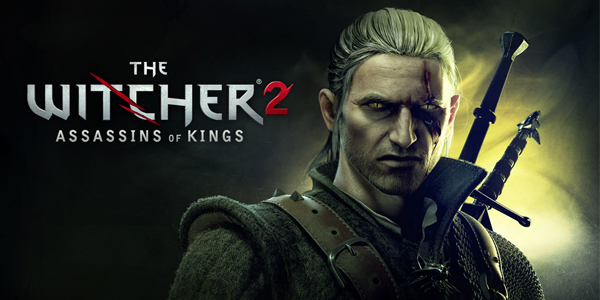 Developed by Polish studio CD PROJEKT RED and published by NAMCO-BANDAI it really is a cut and thrust above the rest in many ways.

As I have mentioned before these “wandering around” kind of games with endless cut scenes are not my cup of tea, not that this makes this a bad game, if it can hold my interest then it must have something.

The storyline is pretty complex and based on the books of the same name by ANDRZEJ SAPKOWSKI as we all know. 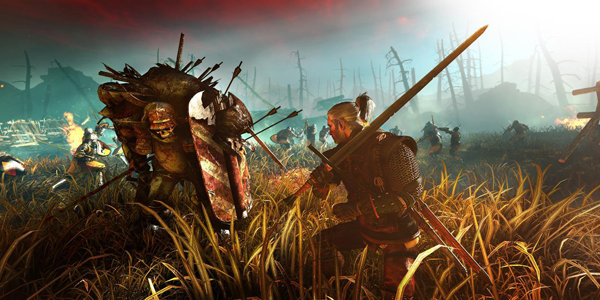 NAMCO –BANDAI have finally took the plunge and released it on Xbox 360®, will it do well? You ask ,personally I am not so sure, as there are quite a few great sword and sorcery type games out at the moment, KINGDOMS OF AMALUR to mention just one, and with SKYRIM selling well, this game has to have something special to beat them.

THE WITCHER 2 is the story of GERALT OF RIVIA a pasty faced, grumpy kind of guy who for some reason is a bit of ladies’ man (there’s hope for us all)he isn`t the kind of dude you would invite to a party to liven it up that’s for sure. 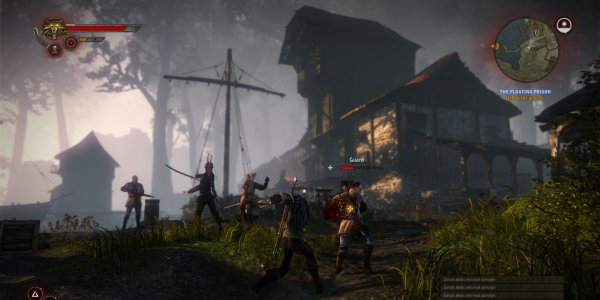 GERALT`S job is that of a monster slayer and as you quickly find he is not your everyday monster/demon killer, even if he does sport a 90`s type pony tail and can make his eyes glow.

THE WITCHER 2 is a very complex game and is definitely aimed at adults, not because of the sex, violence and of course bad language,(again what is it with swearing in these games ) but the game tries to stimulate our intelligence with a deep and intricate story, this is way beyond many of its contemporaries and has been a big hit amongst the PC fraternity because of this.

Personally as I have mentioned these games tend to bore me, I did after a while start hitting the skip button because of the endless cut scenes ,and I did think the controls where not that great , the game did remind me of ASSASSINS CREED but without the action and dynamic game control.

As a gamer who can take or leave these kind of games I didn`t find it as interesting as KINGDOMS OF AMALUR or SKYRIM and the both these games had better in game controls.

OK there is much to praise about THE WITCHER 2, with such an incredible array of potions and spells as well as a plethora of weapons and armour, and you have to think as you enter each situation as to what spells and potions etc you will need for each event.

This is very much a thinking mans (or woman’s) game, if you are after a good old slash fest then you will quickly tire of this.

THE WITCHER 2 is a vast extravaganza with plenty of side quests available form fist fighting in bars, playing pokerdice ,getting involved in missing persons and even ghost stories, again the usual kind of thing for these type of games. I do like the way it is crafted though with well thought out quests that are more than just “fill ins”

The scenery is highly detailed and well lit but I still kept thinking of the comparisons to ASSASSINS CREED, in fact GERALT even wears a hood for a while.

PC gamers of course get the better deal as the frame rate and graphics are way better, but if you load it onto your XBOX 360® hard drive then quality does improve. 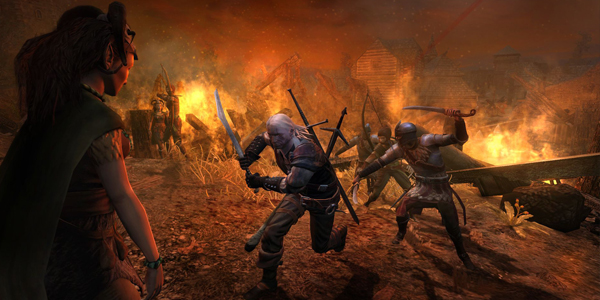 OK I could bang on for pages about THE WITCHER 2: ASSASSINS OF KINGS, its complicated storylines the endless quests and side missions, the OK fight controls, but why bother, this game is going to appeal to the sword and fantasy gamers and they won`t be disappointed, it has everything they could possibly want, plenty of elves, dwarfs, women with large boobs, swords and sorcery, the story is rich and complicated and you can immerse yourself in this dark and gloomy world of death and misery.

THE WITCHER 2: ASSASSINS OF KINGS is a great RPG apart for some control issues and should do well even though it has been out on PC for a year.

I give it 8 out of 10 not because I am no big fan of the genre, but because of the fight controls, again the use of unnecessary offensive language and I don`t think it is as good as some of the other games of a similar nature. 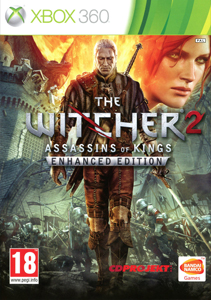