Life is full of simple pleasures, like going on holiday, sitting in the garden on a summers evening sipping on a nice beverage, and of course killing zombies, now what if you could combine some of these elements, well the result is DEAD ISLAND: GAME OF THE YEAR EDITION by DEEP SILVER and TECHLAND

Now if like me you missed this game first time round then you're in for a treat, when it was originally released last year, to mixed reviews, there was talk of glitches and bugs which can be a nightmare, well it looks like the developers TECHLAND have ironed out all the bugs, resulting in what can only be described as a great zombie killing game

The story takes place on the island of BANOI off the coast of PAPUA NEW GUINEA, after a large celebrity/high profile party, the four main characters awake to find that most of the population of the island have been infected by a virus that has turned them into zombies, there is of course a number of survivors who are immune to the virus, and its one of these characters that you can become and go and do some serious zombie killing

Now I could bang on about the long winded story line, but more importantly let's talk about the game play, DEAD ISLAND: GAME OF THE YEAR EDITION is a First person / open world type of game, with plenty of side missions and quests to keep you busy, with some DLC included there are a number of different missions and modes to keep you occupied

You can play as one of four characters SAM B, a sort of XFACTOR wannabe, XIAN MEI, a desk clerk, LOGAN CARTER, a former American football star, and PURNA an ex Australian Police officer 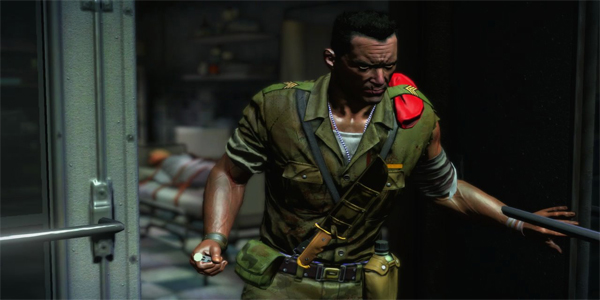 With a fair amount of character customization, and weapons available you're not spoilt for choice, you can pick up and customize your weapons as you gain more XP points from completing quests and missions, or for just killing zombies

The thing I love about this game is the roaming around element, you can hop into a vehicle and start running zombies over, or you can just get stuck into some serious bludgeoning, weapons tend to deteriorate with use and with an energy meter, you will run out of wind as you get stuck in, so beware!

The graphics and whole feel of this game is good; the developers have sorted out the texture issues that apparently plagued the first release

Now if you're not into going on a zombie killing spree on your own, then there is an on-line multi play element with up to four players, which is loads of fun providing you all cooperate (no room for lone mavericks here)

The only thing that I did find boring, is the fetch missions, of which there seem to be endless amounts, and they do get a bit repetitive after a while, I did get lost a few times resulting in wandering around for no reason, trying to remember what I was originally looking for 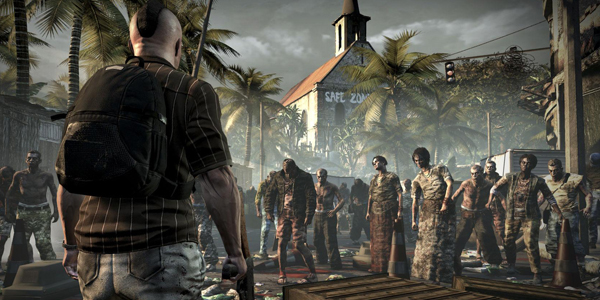 DEAD ISLAND: GAME OF THE YEAR EDITION is a great game, if you're into just bashing the heads in of zombies then this is the game for you, I personally enjoyed it, and with twenty hours of campaign game play, you certainly get your money's worth, the story isn't much to write home about but hey it's all about zombie killing at the end of the day, something this game offers in spades

I give DEAD ISLAND: GAME OF THE YEAR EDITION 8.5 out of 10 because although there are some boring repetitive elements, it is still good fun to play and good value for money