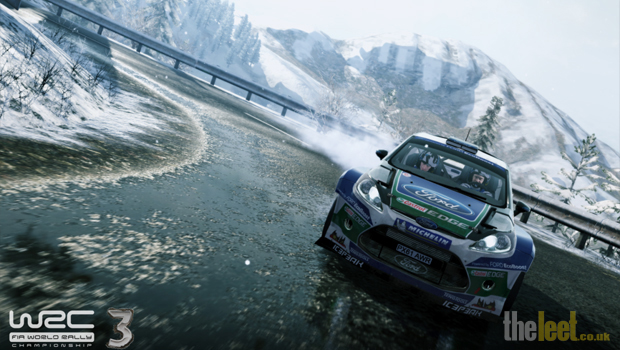 There are a number of driving simulation games around at the moment and they are on the whole pretty good. So with the release of WRC3 by Black Bean Games and Milestone, the world of hard-core rallying has been thrown into the mix.. but is it a good thing? Well it’s not brilliant, but it isn’t half bad either.

WRC3 is labelled as the official World Rally Championship game for 2012 and unless your into rallying it won’t make any difference to how you play this driving simulator, WRC3 is a full on mental driving experience that is quite addictive and a bit of a challenge.

The rallying world is like no other. It’s all about staying on the road and making the fastest time without killing yourself or your co-driver. WRC 3 really gives you the feel of it, as you bomb along dirt tracks at breakneck speed, your co-driver shouting directions and encouragement as you go, along with the occasional sarcastic comment. Now because this is a true to life rallying game you’re not going to get any added excitement apart from rally driving. There is no story or dramatic cut scenes, it is what it is, which is a straight forward driving simulator, and it does this really well! 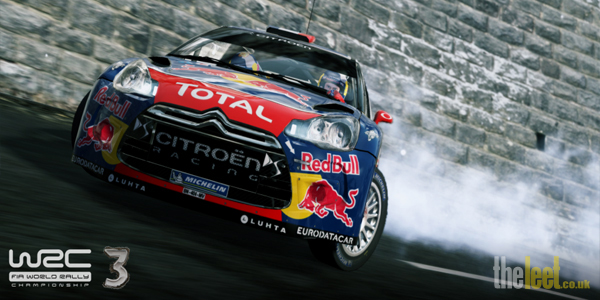 I used a Mad Catz wireless steering wheel with this game and boy does it enhance the experience! The tracks are spot on with a variety of surfaces, nothing more testing than flying up a tarmac road that suddenly turns to gravel, which the game mechanics recreate beautifully.

OK so this is not another Dirt3, and they have tried to jazz it up a bit with flashy menus, but it doesn’t take away the fact that it’s just a game about rallying. Graphics are nice but a little dull, and with plenty of tweaking to be done with the cars, you can set yourself some real challenges.Take off all the driver assists and that’s when this game comes into its ow. Yet for newbies, you can leave all the assists on and progress through the career mode fairly quickly

The addition of the retro style races is a nice touch. You can tear it up in a classic Audi quarto or a variety of 70’s and 80’s classics, mind you the performance and handling isn’t much different than the newer cars, yet it’s a nice touch anyway. With 13 different rallies to tackle there are plenty of things to keep you occupied, and with an number of different modes, time trial being the one that stands out, WRC3 isnot exactly lacking in content.

The cars are great to look at and nicely detailed. Yet really that is it, the game doesn’t have the complexity of its predecessors and feels like a “lite” version of WRC2. Which is OK for any newbies who haven’t played this type of game before, but I do think hard-core fans are going to be disappointed by the lack of interactivity. 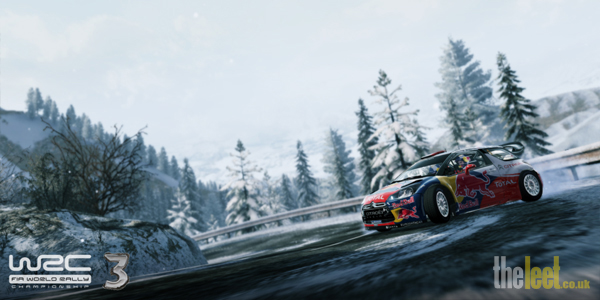 WRC3 is a good rally simulator that doesn’t push any boundaries and will appeal to rally fans, yet it doesn’t compare with the likes of Dirt 3 even though it tries too. If you’re a big rally fan then this is for you, then on the other hand if you’re looking for a really good rally driving simulator then get Dirt 3.