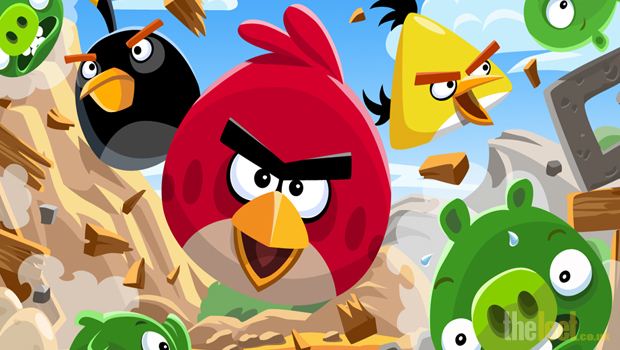 Don’t know about you folks, but I am a bit of a secret Angry birds addict. I have had the original on my windows phone for some time now, so when the console version arrived on my doorstep I was eager to feed my secret addiction. I wasn’t to be disappointed either as Angry Birds Trilogy is everything you would expect because now it’s on the big screen and looking bigger and brighter.

It has been labeled as “plays better with Kinect”, Unfortunately that isn’t the case, it’s just a complete frustrating nightmare using this option. Yet the game does redeem itself with the use of the controller and is probably the best way of all of the previous versions. A simple movement of the left stick and then press A to launch and, in some cases, instigate a signature move. Couldn’t be simpler, and giving the player more time to get to grips with the gameplay.

Ovio Entertainment and Housemarque have transferred the first three Angry bird games to console in this release by Activision and it does work beautifully (providing you don’t use the Kinect). You get Angry Birds, Angry Birds Seasons and Angry Birds Rio which amounts to 700 different levels, so there’s plenty to keep you going! 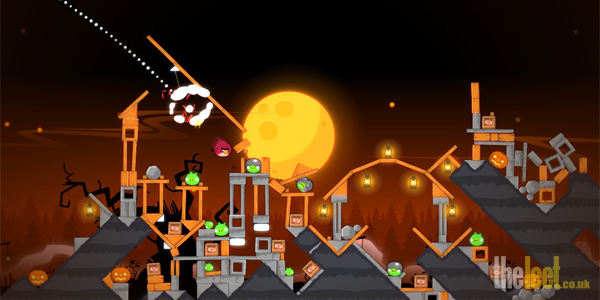 The graphics are bright and colourful as you now get them on the big screen. This brings a nice freshness to the world dominating franchise, and with better quality sound, you can really hear those explosions!

To be honest if you have been playing this on your handheld for a while you won’t find anything new in this version, it’s simply a console version of the original. OK they have added leaderboards, but there is no on line play as such, so don’t expect any new innovations.

Gameplay is what you would expect from an Angry Birds game. For those of you who are unfamiliar with this franchise, it’s a simple side scrolling game where you fire a variety of different types of birds with a catapult to try and destroy the green pigs (or monkeys) who are surrounded by various pieces of scenery. The collision dynamics make for satisfying collapsing sequences with plenty of challenging and addictive game play.

The problem with angry birds is who is it actually aimed at? Because if you’ve already played it to death on your mobile device, you’re not going to splash out more cash for a game that you already have. And because of the lack of new content , new players aren’t going to go for a console game that they can download from an app store for 69p. 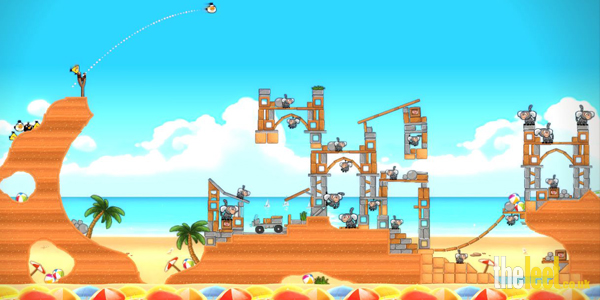 Angry Birds Trilogy is of course a great game, yet bringing it to consoles without any new content is a bit of a shame really. There is plenty of potential to create something fresh and interesting instead of just creating the exact same game for a console that is on a mobile device. As a Kinect interactive game this is a serious failure, yet play it with your controller and it is as addictive as ever.