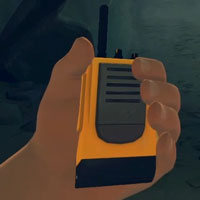 The Wyoming wilderness can be a beautiful thing to behold. The rays of sun manage to shine through the cold drab, cold fog dying to escape trails the ground, and the national parks look their prettiest. Of the many things Firewatch does right, it’s colorful interpretation of this setting is probably it’s most outstanding. But does the good done outweigh the bad? 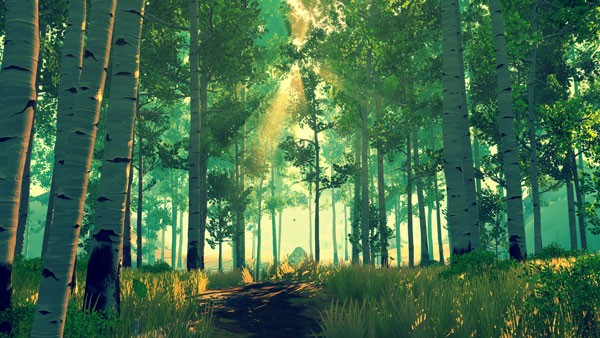 From the moment you leave the cobbled together, text adventure introduction of Firewatch, you are looking through the eyes of the protagonist, Henry. You are tasked with scoping out and reporting any fires, vandalism, and acts of nature in your section of the park. With a map, a compass, and a radio with a direct line to your boss, you set out on many expeditions through the game’s shockingly large map. The gameplay revolves around investigating sounds, smoke, and other occurrences throughout the forest along the interesting storyline. This can be beautiful at times, or choppy at others as the framerate drops at what seems random. Thankfully, the bulk of the gameplay stays solid: communicating with Delilah, your boss. She’s a loud, proud, cursing woman with her own way of doing things and the more you open up to her, the more fleshed out her character becomes, although you never see her. In fact, you never see anyone.

Firewatch is an empty game just as much as it is a big one. While walking through the woods and mountains is enjoyable, it overstays its welcome when all there is to do is open the occasional box or find the next set piece moment. While the story permits a silhouette or two to enter the frame, your hands are the only living characters on screen at any given point. Rather than feel alone (you DO have Delilah on the radio at almost all times) it just feels empty and in some ways, cheap.

This game is ridiculously beautiful. From the gentle swaying of the foliage, to the perfectly cast shadows. Even when it’s dark, Firewatch looks amazing, as you would expect a walking simulator to. The choice of a Team Fortress-esque cell-shading technique was such a smart move that even though you never see another soul, the small fidgets of your character’s hands as he holds his radio and equipment gives the game so much character that you’ll WANT to finish it in one sitting. With an art direction like this, Firewatch will hold up well long after more realistic walking sims have come and gone. 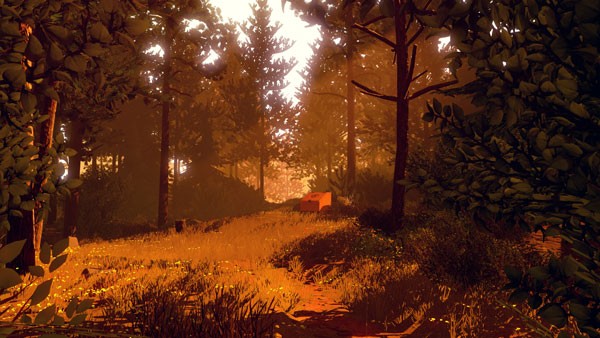 No good walking simulator gets popular without a good story, and while the premise of Firewatch is interesting enough and the small bits of banter shown in trailers and presentations is enough to make anyone want to hear more, the story falls flat in such a way that nearly makes you wish you hadn’t played it. Nearly.

Thankfully, the witty banter advertised remains true all the way through its regrettably short 4 hour (I finished in less) runtime, as Henry and Delilah talk about everything from where plants got their name to sexual innuendos based around a sign stolen from “Pork Pond.” While you, the player, has full disclosure on what you want to or not talk about, in my playthrough I was open with Delilah and brought up EVERYTHING I saw, which led to not only hilariously bad puns, but heartfelt backstories that would have otherwise been hidden.

As the game progresses, the sense of intrigue and exploration heightens as you learn that you’re being followed. The game becomes a more intense affair as you find clues and ask questions, but in the end it never pays off. Because the game refuses to put anybody on-screen to interact with, there is never a final confrontation. You eventually discover the identity of your stalker, but it’s done in such an unsatisfying way that there is never a payoff for all of your stress and tension. Then it’s over, leaving any semblance of potential replay value in the dust. 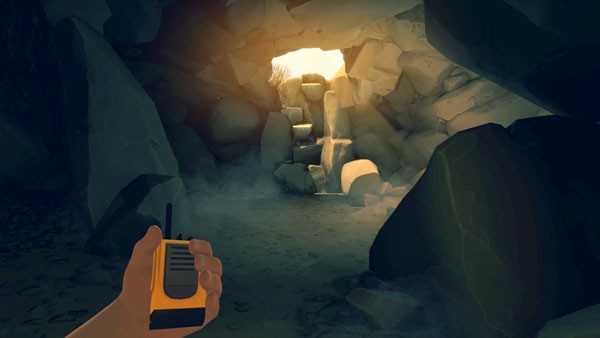 The choice of voice actors in Firewatch is near perfect. Although every character in the game is an asshole (all 3), their poor life choices and bad attitude is put into words almost effortlessly and makes the game a joy to listen to. In the later end of the game, once you’ve exhausted every potential chance for dialogue, the game’s original score will sweep in with the wind in areas once filled with chatter. It’s a largely forgettable violins and classical music affair, but it’s a very nice touch to drown out the grass crunching under foot and your character’s grunts as he climbs things. There was also a thunderstorm early on in the game. The sound design on it was amazing. I thought it was real.

Firewatch was fun while it lasted. After being excited for months, it was everything I expected it to be up until the plot started forming. It lead to the promise of an exciting climax but does not quite reach it, leading to what felt like a near waste of 4 hours. If you’re interested, wait until the price drops to AT LEAST under $10 to play through the game to see for yourself what it entails, since it’ll undoubtedly be different for everybody who plays it, just don’t expect to finish the game in awe.

My name is Zack and I write about video games. I'm going to college majoring in journalism and the video game industry has been my passion since I was 14 years old.