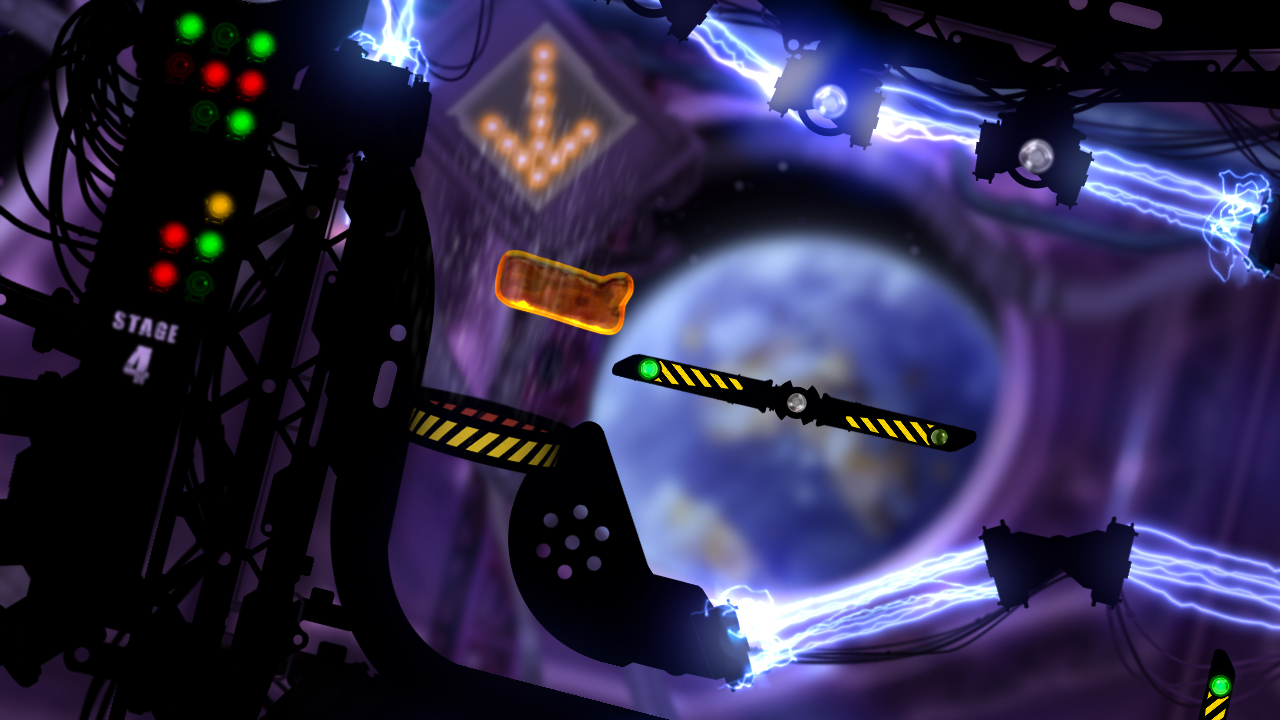 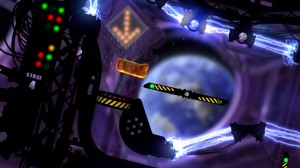 Liquid is a strange old substance, don’t you think? When it gets hot it turns into a gas and when it gets cold it turns solid, how mad is that. Now imagine a game that involves liquid if you will, and you have PUDDLE by KONAMI, available to download on Xbox Live Arcade© and Playstation Network©.

Originally created by six French students from the videogame school ENJIM, PUDDLE was picked up by NEKO ENTERTAINMENT and developed into the game we see today. The whole point of this physics based platform, puzzle game is to get your various types of liquid from point A to point B avoiding hazards (of which there are many). Now this might sound straight forward enough but it’s not that easy ,as you don’t get to control the liquid but instead you have to tilt the environment using the right and left triggers, guiding the liquid past fires and Venus fly traps (to name but two) until you reach your destination. The fluid motion in PUDDLE is very realistic, so if you tilt too far then you will lose control and the liquid runs away with itself.

This is one of the most hypnotic games I have played for a long time. The laid back ambient soundtrack and the flow of the liquid make for a very relaxing and pleasant experience. I like the way that every time you fail, (and fail you will) the game mocks you by showing how many attempts you have made. Believe me, this is no easy game! The first couple of levels lull you into a false feeling of security, with just enough difficulty to keep you interested. Then suddenly it turns nasty and the game becomes much more of a challenge! Of course by this time you’re hooked and there is no escaping. 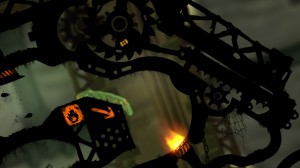 Ok PUDDLE does become a little frustrating after a while, such as when your trying to get your nitro glycerine through a level for the thirtieth time without exploding. But stick with it and the rewards are there. The graphics are outstanding, with each level based on a different theme, involving a variety of chemicals and liquids from coffee to nitro glycerine. You have to navigate your way through pipes, plants, laboratories, the human body, a sewer, a rocket, a foundry and a power station. You don’t just move liquids around either, at certain sections you’ll find yourself having to move a beaker containing fluid through an obstacle course, which is pretty intense. Other options include building your own lab, as you progress you can unlock content and create your own. There are rewards for finishing a level with as much liquid as possible. Your level can be seen on your HUD and if it drops below a certain level then its game over my friend.

There is a Whine option available for difficult levels. It enables you to jump past a level you are stuck on (certainly better than throwing the controller), but be warned you only have two of these. The only way to use the option later is to go back and complete that level, so don’t wimp out too early.

The music sets the scene brilliantly with a relaxed ambient feel, which is somewhat calming as you suffer humiliation at the hands of this game, but did I care? Not a jot! I found it more engrossing with headphones on, the music combined with the sound of fluids and drips gives PUDDLE a great atmosphere. 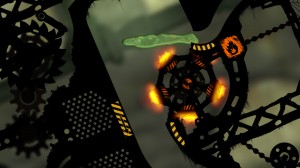 I must admit when I first came across this game I thought "this is going to be easy". How wrong I was! If you need a break from blowing things up, racing round the world’s racetracks and stressing yourself out with outrageous platformers, then take a chill pill and relax with PUDDLE. Admittedly there are parts of this game that can be controller throwing, chucking toys out of pram, stomping of feet moments, but the relaxing unassuming music and the hypnotic flow of the liquids soon calm you down, suck you in and kick your behind. PUDDLE is indeed a great little platformer full of surprises and very entertaining. The only thing that lets it down is some of the levels can be a real nightmare.

I give PUDDLE 7 out of 10 as it’s a great game. Not a brilliant one, but still worth a go.