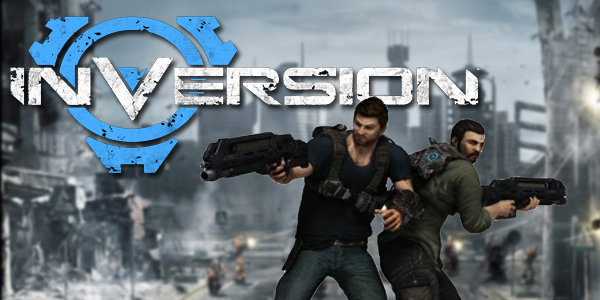 INVERSION: "the action of inverting something or the state of being inverted"… now apply this to a game, and what do you get? Why the aptly titled INVERSION, developed by SABER INTERACTIVE and published by NAMCO BANDAI. Now with a title like that you would think there is something unusual on the cards, well in a way there is, in theory. The only problem is it isn’t utilized to its full potential, and therefore becomes just another third person shooter 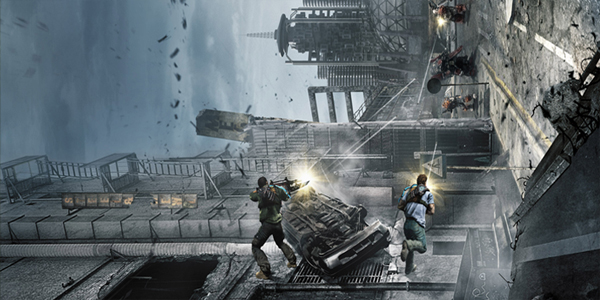 You’re the hero DAVIS RUSSEL, a young cop whose daughter has been kidnapped by a group of aliens. Your objective is to find her, with the help of your partner LEO DELGADO. When these naughty invaders decided to invade our tiny planet, a series of strange gravitational phenomena start to appear in various locations across the city. Yes folks, the laws of gravity no longer exist in these little pockets, and the aliens have the ability to control them with some fancy technology.

So this where the INVERSION element comes in. Early on in the saga RUSSEL and his partner acquire these alien back packs (Gravlinks) that enable them to also manipulate the gravity fields. Which in theory sounds great, unfortunately the actual reality of it is that it’s a pain in the bottom. You are supposed to be able to create pockets of zero gravity so you can float enemies out from behind cover, which is very hit and miss. You can also pick up objects and throw them, very similar to the stasis ability in DEAD SPACE , so nothing new really. 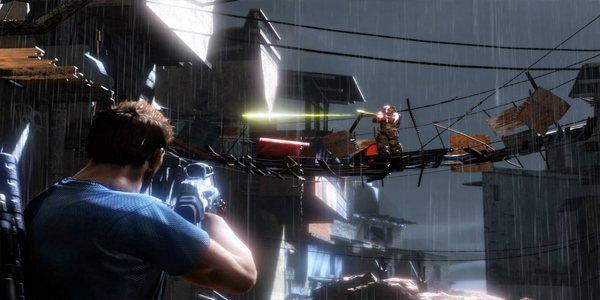 I eventually got fed up with getting killed whilst trying to raise someone from behind cover, so the game resorted to being a third person shooter, and a pretty reasonable one at that. Without the Gravlink thing going on, it’s just another straight forward cover based shooter.

The gameplay is not great, but not entirely dull. There are some nice sections within the 8 hour campaign, but not enough to want to keep coming back. The whole thing just reminded me of a poor version of GEARS OF WAR, and even the alien’s sound similar. 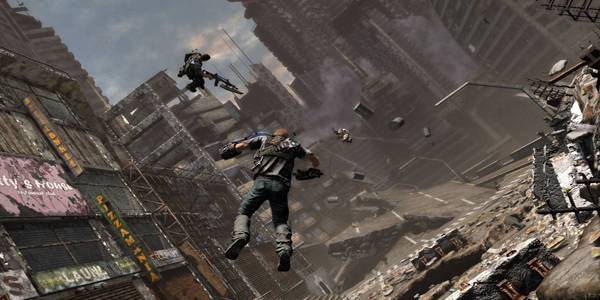 Graphics are good enough, not mind blowing, but does the trick, and apart from the Gravlink element, the game mechanics work well. There’s not a great selection of weapons available, and the ones that are available, don’t seem to make much sense. For example, a shotgun that can shoot targets at a distance? What where the developers thinking there?

With certain elements that appear to be an attempt at padding out the content, usual stuff like repetitive mini boss battles, the whole game just feels a little underwhelming. However, there is plenty to do in the multiplay modes, with all the classics included; Team Deathmatch, King Of The Hill and good old Survival mode. Along with the addition of some Gravlink modes of course, which gives the game added interest. 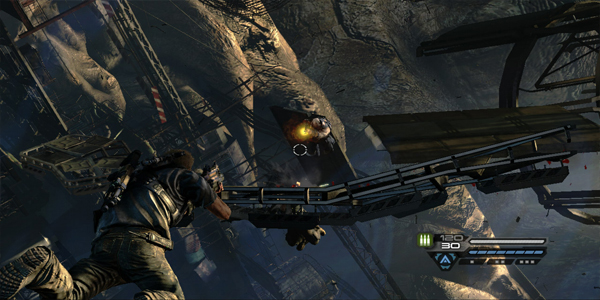 INVERSION is really a straight forward third person cover based game, along the vein of SYNDICATE or GEARS OF WAR. It’s not a bad game, but not a great one either. More could have been done with the Gravlink element, and without it, the game is just another third person shooter. The problem is this had so much going for it as an idea, yet the developers never really realized its full potential, and that again is a real pity

I give INVERSION 7 out of 10 because it does have its moments, just not enough of them. 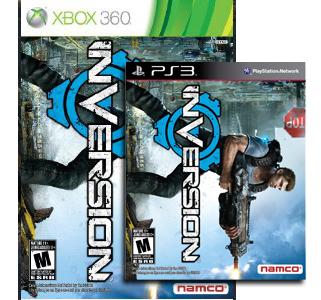