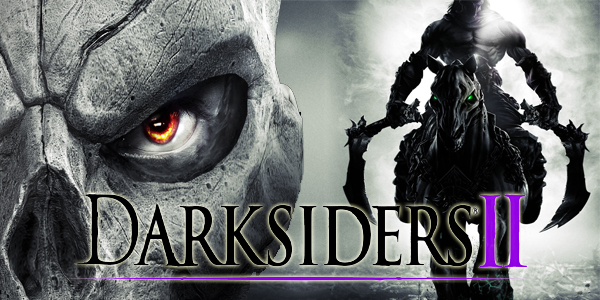 Death is back with attitude upon the release of DARKSIDERS 2 published by THQ and VIGIL GAMES. DARKSIDERS 2 is a follow up to the acclaimed DARKSIDERS, and you get to play as Death, the fourth rider of the Apocalypse, on a whirlwind adventure set in Nether Realms. This game takes place during the 100 year imprisonment of Death's brother War, who has been wrongly accused of starting the apocalypse. In a moment of anger Death defies the council, setting off to prove his brothers innocence, and that's where the game begins.

DARKSIDERS 2 is an open world RPG very similar to GOD OF WAR with a dash of TOMB RAIDER and PRINCE OF PERSIA thrown in. You would have thought with all these elements from such great games we would  have a potential Game Of The Year! Sadly that is not the case.

DARKSIDERS 2 is a good entertaining game with plenty of action and missions. The story is interesting and the voice overs have a certain amount of humour, so the game doesn't take itself  too seriously. If you like looking for things within a game, then this is for you. I spent plenty of time collecting things, then fighting a boss, then collecting some more things and so on and so forth. That is basically the premise of this adventure along with wall climbing and jumping as a large part of the gameplay (much like PRINCE OF PERSIA). 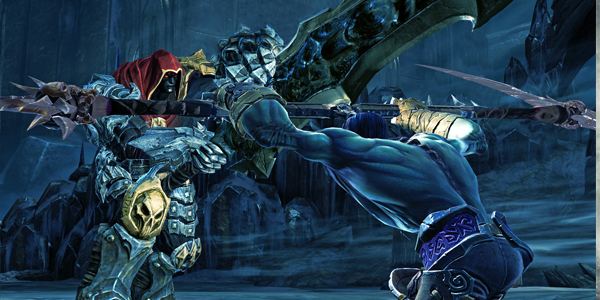 Weapon wise you have plenty of choice. There's a primary and secondary set, plus a number of spells and incantations that can summon a murder of crows or a group of demons to help with your fighting, and a wide variety of outfits that help improve Death's abilities.

As in the first game, you have to solve puzzles, the difference being you have a vastly expanded world, which reminds me of LORD OF THE RINGS in its layout. As you complete quests and side missions, you gain experience. When the experience meter is full, the player is awarded skill points that enable you to upgrade Death'S skills and powers. There's also a new addition… Gold coins to collect that allow you to buy weapons from the forge as you progress. Another feature I found useful is the fast travel option, which allows you to travel from one area to another. This is especially handy when you are stuck fighting a boss that has taken 3 hours to beat. You can simply go off somewhere else, upgrade some more, then come back and kick their bottom.

The main thing I found frustrating with DARKSIDERS 2 is the amount of random glitches within the game. For instance, you're fighting away, and at the opportune moment you need to hit the B button to finish your enemy off, AND NOTHING HAPPENS! Or the other classic is running along a wall you hit "A" to keep moving, but instead he jumps to his Death (can Death actually die?). These kind of glitches should not be in a game of this caliber, it is very annoying and does spoil the enjoyment.

The actual missions can become repetitive after a while. I did find I had to consult a walkthrough a few times to find out where to go next. You do have a ingame guide called Dust, a glowing crow who is supposed to show you the way, but even he doesn't work half the time. 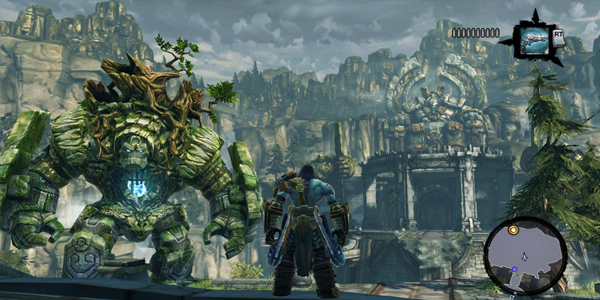 Apart from all its failings, DARKSIDERS 2 is a fun game to play. With plenty of combos and weapons, dispatching an enemy is more than satisfying. The graphics aren't up to much. OK, the impressive environments are good to look at, but let down by the low resolution. You get to meet a number of other characters within the game who offer advice or simply tag along and assist in battles, a number of which seem to have acquired a "Shrek" like Scottish accent which I found amusing.

With up to 30 hours of game play, this is value for money. If you can fight your way through the glitches, then it is a satisfying feeling once it's completed. You can then retain your settings in NEW GAME PLUS mode.

DARKSIDERS 2 is indeed a fun game to play. OK, a little frustrating in parts, mainly due to the annoying glitches. But it is still one of the better RPG games to come out this year. It is good value for money, but I would recommend a walkthrough if you don't want to spend hours roaming about a vast open world looking for your next mission. I give DARKSIDERS 2 an 8.5 out of 10 as it is a good game and above all fun to play most of the time. Just be prepared for a few moments of frustration. 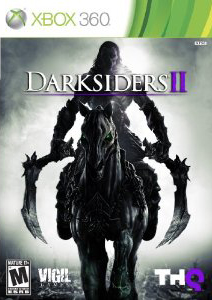