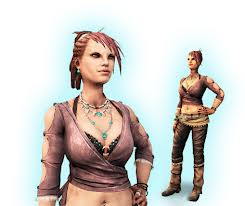 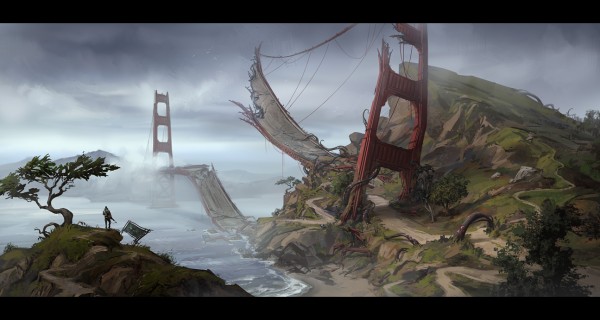 So Defiance™, at least the game portion, has launched as promised on April 2nd in the USA. In case you were trapped in some other dimension for the last three months, here's a brief description of what all the hype is about. Trion, developer & publisher of Rift, End of Nations, and other popular PC MMO games, claims that Defiance is the first multi-platform massive online shooter video game that is also a ground-breaking entertainment experience, interconnecting with a global television program on Syfy. What that means is it's a third person over the shoulder shooter, with some RPG elements thrown in for good measure, that you can play on your favorite game platform, whether it be a PC, a Microsoft Xbox 360 or Sony's Playstation 3. All of which is somehow supposed to tie in with the story line for the upcoming TV series by the same name, which starts on April 15th, 2013. Are you still with me so far?

With such a seemingly ambitious undertaking, 3 platforms at once, 2 of which Trion has never developed or published on, and an interconnection with a TV series looming, you'd have to ask, "Is it really ready for prime time yet?" That all depends on your own preference, but here's a five things we like about the game, and 5 that we don't. 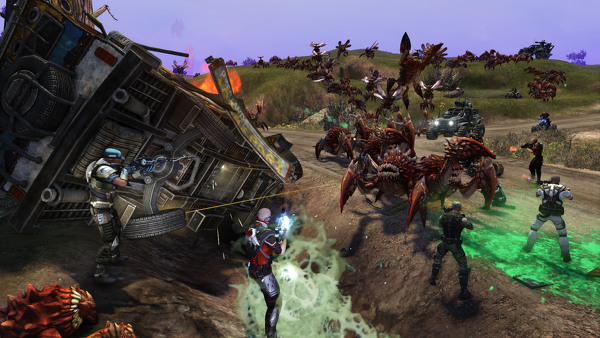 A couple more good things I will add are that the death mechanic works a bit like Guild Wars 2, but with more limited options, either revive or extract. Fortunately an extraction won't make you start all over on a mission, merely costing you some percentage of your scrip.

The last, but not least part I want to mention is that the Trion team appears to be doing everything they can to respond to issues as they crop up, and be transparent about what is being done. Having seen this attitude from them before in previous games I've played, I'm confident that most, if not all issues will become resolved or merely minor occasional annoyances.

Sum all this up to say that while Defiance™ is still acting a bit like a naughty toddler, it is up and running and rapidly getting its legs under it. For more info on updates, be sure to visit their community forums at http://community.defiance.com